ARC Review: ALL THE LIES WE TELL (Quarry Road, #1) by Megan Hart 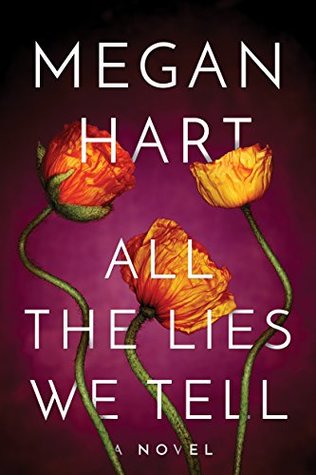 Everyone knew Alicia Harrison’s marriage to Ilya Stern wouldn’t last. They’d grown up on a remote stretch of Quarry Street, where there were two houses, two sets of siblings, and eventually, a tangled mess of betrayal, longing, and loss. Tragedy catapulted Allie and Ilya together, but divorce—even as neighbors—has been relatively uncomplicated.

Then Ilya’s brother, Nikolai, comes home for their grandmother’s last days. He’s the guy who teased and fought with Allie, infuriated her, then fled town without a good-bye. Now Niko makes her feel something else entirely—a rush of connection and pure desire that she’s been trying to quench since one secret kiss years ago. Niko’s not sticking around. She’s not going to leave. And after all that’s happened between their families, this can’t be anything more than brief pleasure and a bad idea.

It's been three years and change since I read my very first Megan Hart book. It was one of those books that made me go: I must read more by this author! Much more! Now, many Hart books later, I can say those novels I read way back then are my favorite. All the Lies We Tell isn't like the other books by Ms. Hart I've read, but reading it felt like I was reading one of those earlier ones. It reminded me why I fell in love with her work in the first place. For this reason I kept smiling while I was reading it even though the story wasn't exactly a happy one. Weird? Maybe.

Like I said, I found this novel different from all those other books by Ms. Hart I've read. I'm aware she's a prolific author writing in several genres, but for the most part, I've stuck to her romance novels. All the Lies We Tell has romance, but it's also a story about two families and the ways their lives were connected over many years. The book has multiple POVs which was something new for me in the author's work. Plus, there was mystery surrounding a death of a family member. Mystery which will be unveiled in the second book, I assume. So, to me this is something of a romance mixed with family drama with a dash of mystery.

The story is told from the perspective of a few characters, but the main couple here is Alicia and Nikolai. They had brief romantic past which ended when Niko left town. As it would happen Alicia ended up marrying his brother Ilya. Their marriage is another thing of the past. Speaking of the past, Ilya used to be in love with Alicia's sister. Oh, yes, Megan Hart has cooked up some pretty complicated drama which would get even more complicated when Niko finally returns from his journey, and old feelings of attraction, hurt, resentment, and love come to surface. However, even as old flames were reignited and Alicia and Niko were older, more mature people, they kept secrets from each other, and doubted each other making their relationship even more difficult than it had to be, but it sure made for an interesting read.

What I've come to realize over years of reading is that I love it when the story is told in both the present and the past, and this book had that. Besides Alicia and Niko and their relationship, the present is about Ilya, and his relationship with Alicia, and Niko, and it's about Ilya and Niko's family that has loads of drama on their own. The past covered some significant moments in all of their history which helped to get a clearer picture about these characters and the ties that bind them. I'd rather not get more specific than this. Some things are better left to be read by oneself.

All in all, All the Lies We Tell was a book which reminded me why I'm a fan of Megan Hart's storytelling.

Book two All the Secrets We Keep will be available only little over one month after this one, and I'm excited to read how the story of these two families from Quarry Road will be concluded.