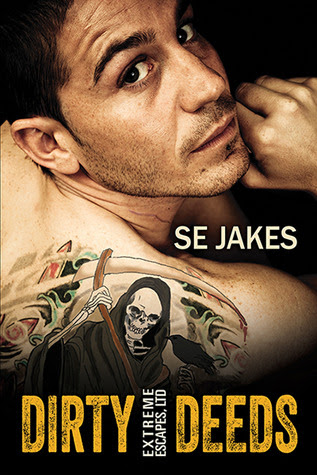 Two seasoned operatives finally meet their match: each other.

Cillian works for the mysterious Special Branch 20: an organization that runs black ops commissioned by the British government. His specialty is deep undercover assignments with virtually no support. He’s been alone for so long that he no longer knows anything else.

Mal’s also used to being alone. Wanted in several states and even more countries, he’s not allowed in the vicinity of any of his former Navy SEAL teammates. And his current assignment is to track Cillian in order to discover the spook’s endgame. Except he’s no longer sure which one of them is getting played.

Cillian isn’t about to let the mission that’s consumed him for the past several years crumble because an outsider is poking around where he doesn’t belong. But Mal forces his way through Cillian’s defenses—and into his heart—exposing a devastating betrayal that could destroy them both.

Hi guys, WTHB team has been busy with real life (university, teaching, boyfriends, babies etc.), so we are taking it a bit slow with our blog, but no matter what- reading is still our No.1 favorite way of escaping reality, so we'll try to post from time to time if and when we find some free time.

***Arc provided via Netgalley in exchange for honest review***

I recently read the 1st two books in Hell Or High Water Series by S. E. Jakes (which reminds me that I’ll have to write a review soon) and loved them. Those were my first reads by this author and they were more than satisfying, so when I saw that there was an ARC of her new book on Netgalley, I didn’t even read the synopsis of the book I just knew I had to have it. O.k., psst, I admit the mouthwatering cover had something to do with that, but damn- who can blame me, right?

Only a few pairs and groups of three lined the walls,entwined, and Cillian briefly considered joining a couple who were watching him as they jerked each other off. But then, a strong hand clamped down on his shoulders, a grip that would normally have him turning around to break the arm holding him. Except here it made him hard. Especially when the grip turned into a one-handed massage of Cillian's shoulder, then moved to caress the back of his neck before twisting into his hair enough to tilt his head to the side...

So imagine my surprise when I started reading and realized that this short novel (95 pages) is actually a spin-off of the Hell Or High Series featuring two of my second favorite characters Mal & Cillian. Two super hot & super bad-ass special agents involved in one major mind-fuck of an black operation- what more could a MM Military fan ask for *_*?! Oh boy, these two naughty boys were so hot together, especially their sex-ting!

What if I spoil you, Cillian?
And just how do you plan on doing that?
Any way I want to, I think I you'd like letting it be my choice.
I think you don't know me.
Bullshit I don't. I know I''d have you any I wanted you.
You're very confident.
You like that, right? Want someone who's confident enough
to just slam you  down and take you, just because they can?
Doesn't everyone have that fantasy every now and again?

And the ending!!!...It was epic! I didn't see that coming at all, but I love it and hate it at the same time. Love it, because it was awesome, hate it because I don't have the next book in the series in my hand right now. The author gave us just a glimpse of what's bound to happen in the future and I’m so excited and impatiently anticipating for their full length novel. I highly recommend it to everyone who enjoys MM Military books.

Btw. Big thanks to Riptide Publishing for always approving my ARC requests- I’ll be your loyal servant 4ever.

Posted by PurpleBook at 1:52 PM