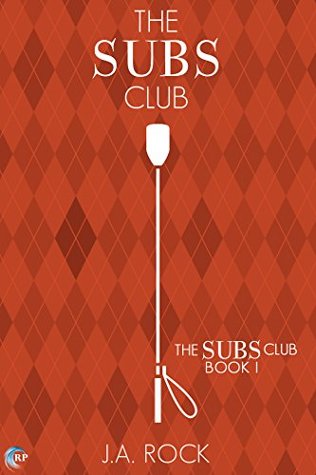 A year ago, my best friend Hal died at the hands of an incompetent “dom.” So I started the Subs Club, a private blog where submissives can review doms and call out the douche bags.

A perfect example of the kind of arrogant asshole I mean? The Disciplinarian. He has a pornstache. He loves meat, stoicism, America, and real discipline. And he thinks subs exist to serve him.

But . . . not everything about him is awful. His Davy Crockett act just seems like a cover for his fear of intimacy, and part of me wants to show him it’s okay to get close to people. And, I mean, sue me, but I have fantasized about real discipline. Not role-play, but like, Dave, you’re gonna be thirty in four years and you still work in a mall; get your ass in gear or I’ll spank it.

Not that I’d ever trust anyone with that kind of control.

I’m gonna redefine “battle of wills” for the Disciplinarian. Or I’m gonna bone him. It’s hard to say.

The Subs Club is one of those books which made me smile and laugh so many times I lost count; one I finished with a big grin on my face, at the same time regretting it was over, and that automatically makes it special for me, and it's going on the list of books I had the most fun reading this year. Finding a book like this is always good, but in this case it's even better because I believe I've found myself another author to keep an eye on. Yay!

Since this was my first book by J.A. Rock, I had very little idea what to expect from it, except what was my main reason to request it: kink. Sure, I had some theories based on the blurb, but, as usual, my theories were wrong. The actual story was a thousand times better.

I've read my fair share of BDSM romance novels, but given how everything was perfect in them, a lot of those stories I'd call BDSM fairy tales. Now, I don't think there's anything wrong with fairy tales; everybody lives happily ever after in them, after all, nor do I see myself stopping reading and enjoying them, but I do see myself reading more of BDSM stories such as this (if I manage to find them). This... this was different. It felt realistic, and not at all perfect. The Subs Club blog came to be after one of the main characters' friends died during a session, and they wanted to create a safe environment for subs to discuss doms they played with so they could warn others about douche bag doms, and thus prevent what happened to Hal from ever happening to another sub in that area. It must seem odd that I laughed while reading a book that had this incorporated in the plot, but it's true. Dave, or the first David, was such a charming, witty, funny narrator that he made this book a joy to read. He was also the brattiest brat I've had the pleasure of reading about. At first, though, I worried that superbrat act would eventually become annoying, but all my doubts about him were soon dispelled. I adored him. Both him and D or Pornstache, which would be the other David, the first David's love/kink interest. While I did enjoy reading all the parts with Dave and his friends, whether they were about personal matters or the blog, my favorite ones were sessions with Dave and D. I couldn't wait to see what D would order Dave to do, and what Dave would decide to do with that order, and how D would react. I never knew what was coming; I only knew it would be interesting. Once they started getting to know each other, I started looking forward to those scenes not only because they'd be interesting, but also because they kept getting sweeter and more heartwarming.

D as a dom was another change I welcomed from all (and I really do think all) the fairy tale perfect alpha male doms who know everything. Not that I want to stop reading about those, but I would like to find more fictional doms like D. That manly man, who liked meat, and horses, watched sci-fi movies, and was writing a screenplay for one, who shuddered at the mention of manties, who didn't have the ability to read subs' minds, and who knew what it was like to feel vulnerable and insecure, in all his human imperfection he goes on my ever-growing list of characters I'd like to hug, and would definitely like to read more about if possible. I'd rate him five floggers.

During all that, there was a lot of development around the Subs Club blog, where things spiraled out of control pretty quickly. It was another aspect of the story I liked as it showed many different people in the lifestyle and their experiences, and varying opinions on different matters, especially the Subs Club. I look forward to seeing what has come of it in the following installments.

By the end of this novel I had lots of love for all the major characters: David & D, and Kamen, Miles, and Gould. Lots! I didn't want it to end. I wasn't ready to let David and D go. That's why I couldn't be happier The Subs Club is the first installment in a four-book series. I can't wait to read the other characters' books, because 1) I liked them here, and 2) I hope to catch glimpses of D and Dave. *fingers crossed* Because 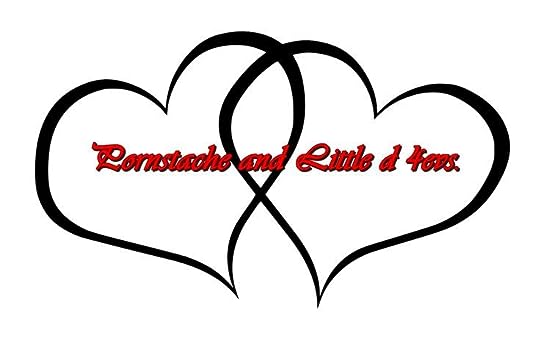